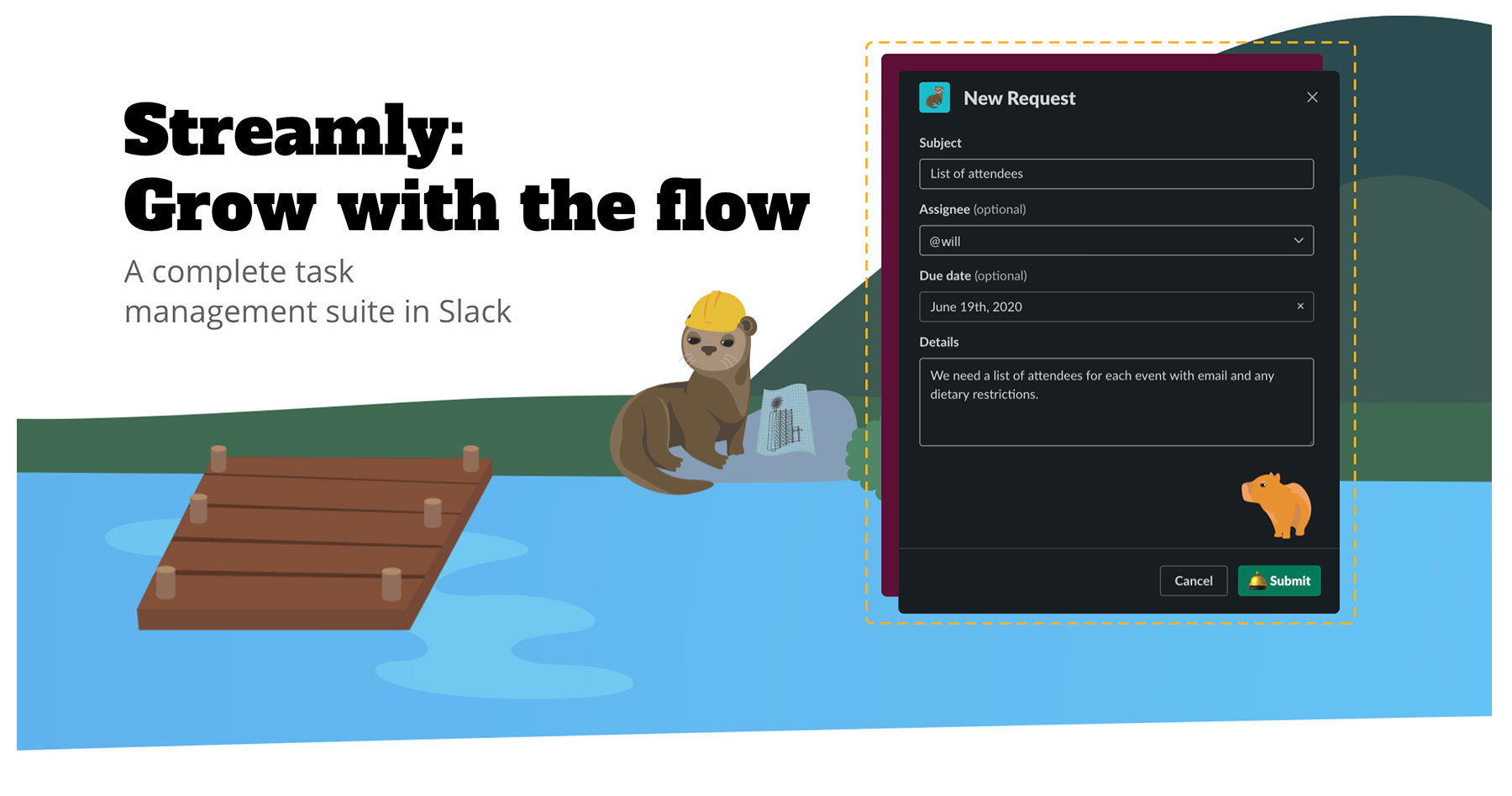 Technological innovation drives the evolution of products, which in turn contributes to the disruption and development of industries. This relentless march of progress continuously redefines the world in which we work, from employee roles and responsibilities to market offerings and unit costs.

Product evolution is the crux of the equation: without a product, innovation lacks a vehicle for distribution, and without the disruptive influence of innovation vectorized in the form of products, industries continue on the path of least resistance.

Consider the impact of AWS. Way back in 2004, the Boston Red Sox won the World Series, every fan received a dress and a pair of jeans, and AWS unveiled their first (simple) service, SQS. Today, they have 212 services that run the gamut from satellite communications to data warehouses. This represented a new reality for startups.

If you wanted to get a SaaS startup off the ground less than a decade ago, you may have been asking:

The innovation that propelled Amazon's internal systems was packaged as a product and impacted a tectonic shift on the tech industry, one that is still being realized. The agility of startups allowed for faster adoption of these new cloud services offerings, while many mature companies are still today trying to change the tires while the semi truck is moving.

So that's all fine and good, but most working people aren't trying to get a company off the ground, they are trying to keep one in the air. While technological infrastructure is now the backbone of most businesses, the greatest friction tends to exist at interface between humans and the tools they use.

This is a vocational truth that transcends both industries and centuries, and it is also where Slack comes in. The internet existed before AWS, but the cloud services it brought to market changed the game by providing an operating system for the internet. Slack is in the midst of enabling a similar leap by providing an operating system for the workplace. The challenges therein are comparable in their complexity and diametrically opposed in their humanity.

In its early days, Slack offered a solution to the age-old struggle of interoffice communication. This problem sounds simple if you've never worked at a company with more than a dozen people, and its very mention is probably fraught with stress if you've ever been one of hundreds or thousands of employees. A constant trade-off between efficiency, organization of information, and adoption by workforces brought us the beloved one-size-fits-all solution: the cleverly named "email".

In the 1990s, email was changing the world of business, and tens of millions were tuning in each week to a show about nothing. Less than five years after the end of Seinfeld, AWS was preparing to define a new market and the business world was still enjoying the postage-saving efficiency of email. A decade passes by: the heartbreak inflicted by George Costanza pales in comparison to that wrought by the Red Wedding, and Slack has entered the world as Tiny Speck – but the workplace still runs on email. Over the next several years (approximately a centi-fortnight), slowly but surely, the rhetorical demands of getting work done and writing a Civil War love letter begin to diverge as Slack gains a foothold in the office.

By the time 2020 rolls around, the tables have turned, and while email still serves a purpose, interoffice (and some intraoffice) communication is now quite similar regardless of whether it is verbal or digital. This shift represents the foundation of an operating system for the workplace. With the all-important cornerstone of efficient communication firmly set, a new frontier has opened. In the same way that the interaction of employees with one another has evolved, the way in which employees interact with technology is now evolving.

The technological innovation and product evolution that brought Slack into the world have also brought myriad other tools into the lives of every employee, the vast majority accessible via the browser. Transitioning between communicating with coworkers and handling the results of those conversations in the appropriate portal is now a ubiquitous workflow. The inefficiency of this transition has costs, which are experienced on a global scale. Reducing these costs is a natural progression, and it is furthered by exposing the functionality of disparate technology in a unified location, the space in which teams communicate: Slack.

When Happybara started building apps, the challenge was cramming full-featured experiences into a highly message-focused architecture. At best, apps from that period could be termed workable, but the ceiling was always visible and the easiest users to acquire were engineers. Apps of this vintage were forced to reckon with a barrier imposed not just by the cumbersome interface, but by the conceptual struggle of teaching users about slash commands, where to find apps, and, most fundamentally, what Slack apps even were. Luckily we weren't the only ones feeling this way and Slack released App Home in late 2019.

App Home opened the door to far more powerful, Slack-first apps by providing a surface that supported a dynamic user interface outside of messages. Our flagship offering is, without a doubt, Streamly – the first Slack-native task management suite.

Some people excel at keeping dozens of plates spinning at once, others can spin just a few plates at ludicrous speeds. Whether you're the former type, the latter, or somewhere in between, a shared need unites you with your colleagues: keeping your world, your work, and your mind organized.

For a moment, imagine the workplace as an onion, concentrically layered, with each tier building on and extending the reach of those that support it. Pick a layer to represent communication, that layer is Slack. One level up, between communication below and delivered value above, is the thought organization layer: task management.

Paging through remembered conversations, whether verbal or digital, is a burden. I personally am not holding out much hope that I'll ever be able to remember which kitchen cabinet contains the clean hand towels, but in the office, our task management solution means I don't have to worry about the metaphorical equivalent.

The friction that I mentioned earlier between humans and the tools that they use to produce value is reduced by two factors: simplicity and proximity. Streamly was designed to maximize both.

When it comes to simplicity, a widely successful task management solution must offer a level of process and organization that adds more value than the cost of the time and labor (perceived or real) that it incurs. Jira would be at the higher end of the cost spectrum, while Asana (and Streamly) would be toward the lower bound.

Proximity is another matter. It's easy to build a Slack integration with a task management tool, but the struggle is often in the translation of disparate messages, thoughts, meeting notes, etc. into clear, actionable requirements. Plenty of task management tools let you use a message action in Slack to create a task from of a message somebody has typed, forcing the team attempting to organize their work to:

These tools would argue that their integration affords proximity, but they are just shifting the pain into Slack that users would normally experience copying information from Slack into the browser. True proximity demands a full, painless experience in Slack, the equivalent of what a portal offers.

I'm not going to burn word count expounding on the truly amazing things Streamly can do, this is, after all, partially a tribute to Slack, and thus, a tribute to brevity. Besides, we have an app page and comprehensive documentation that do a better job than any blog post could. I will say that if you haven't installed Streamly, and you think you know what a Slack app is capable of, you are in the enviable position of being just a couple of clicks away from the sensation of genuine, pleasant surprise.

So what does all of this add up to for Happybara in terms of mission? Slack revolutionized the workplace for millions of people, and a big part of that revolution was eliminating the need for email. The co-founders of Happybara are easily in the 99.9th percentile of Slack users when it comes to being thankful for that gift, and we intend to pay it forward. Our mission is twofold: to constantly push the limits of what Slack apps are, from capabilities to user experience, and, in doing so, to raise the profile of Slack as an app ecosystem in the minds of the multitudes of users who still view Slack as no more than a shiny chat client. Adhering to the principle of full disclosure, as benevolent as this may sound, it is slightly self-serving; if Slack doesn't win, we may all wake up one day to find ourselves using Teams ?.

We will never share your email address or send you spam.